Posted in Advertising, and Musings 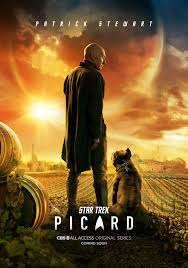 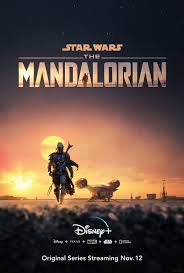 Because, why not, the Misses and I binged a couple of shows: Star Trek: Picard and The Mandalorian.

For what it is worth, which is zero, I offer this critique.

Technically, these are web television series which are presented in shorter seasons. They are designed to attack franchise devotees. Both series are top-of-the-line examples of the new delivery format.

Star Trek: Picard – A decade and one-half from the end of the “original,” Jean Luc Picard is an unhappy vintner who is drawn back to the dark beyond. The bad guys are, as you suspect, the same bad guys. The other bad guys are now the good guys, but are we sure? Overall, it is engaging if it sometimes too mushy. I like my Picard more edgy.

The Mandalorian – Interesting premise. After the fall of the Empire, the story follows an elite warrior turned bounty hunter. The Mandalorian’s back story eventually comes out but only after sufficient brooding and melancholy. The look and feel of the original movies are there, as are the requisite Easter eggs.

Me: Picard. – It took me back to Star Trek: The Next Generation.

Star Trek: Picard – Look and feel of Star Trek the Next Generation. Excellent CGI with a few discontinuity issues. Special call out to the “advanced” technologies on display.

The Mandalorian – Very much the feel of Star Wars with a large dollop of a graphic novel vibe. I appreciate the variable length of the episodes.

Me: Picard. – A technology geek at heart, I rushed home after school to watch the original series, Star Trek. It was an easy choice.

Star Trek: Picard – This is where I start to get squirmy. I liked the story; it was nuanced enough. But, ultimately, it is the same storyline with new angles.

The Mandalorian – Tying back the overall thread, the story goes forward with a new idea. Not an overt rehash of the same plot, there is enough here to build on. The story felt fresh. Well, fresh enough.

Me: Mandalorian, – Not an overt rehash.

Star Trek: Picard – The original Next Generation cast members were on-point. Several of the “new crew” have some… learning of their craft to complete.

The Mandalorian – The best of crew was Gancarlo Esposito as the villain. That dude knows how to be a bad guy. The rest of the crew will, I hope, grow into their roles. Also, producers, if you read this: No more gratuitous fight scenes because you want to show off a woman with fighting skills.

Me: Picard: There were fewer times where I thought about the acting and stayed in the story.

Without going into the tedious process, we looked for a reason to keep the subscriptions. Multiple, long sessions of scrolling through rows and rows of icons with nothing interesting to offer.

Unfortunately, beyond these two series, there was no other content, from either provider, that appealed to our tastes or that we had not seen recently.